Sowing as the World Ends

Interview with the gallery

Sowing As the World Ends is a stunning testament to the force and necessity of art as alarm. Immersing myself in images of the work, eight wall-pieces and five vessels created in early 2021, deep winter into spring, I am shaken; the pain shakes out to that season’s steady rhythm of fresh hell. Lee’s work is consistently this provocative and immediate. Mining personal experience for images that convey the sensitive and emotive unsayable, the artist renders them in clay, wood and color in a complex and physically demanding process: vessels thrown, plywood cut to plane, clay carved, fired, broken, crammed, fixed, scribbled and dashstroked to teeming with the louche lush colors of Taxi Driver’s opening credits (released the same year Lee immigrated to America, the film captures the tones of 1970s New York, the inspiration for the artist’s singular palette). It is a creative catharsis that is less yawp than war cry and generates work that surges at expressive and formal limits.

This work bears the scars of its making. The wheel-thrown vessels tilt, crumple, bend, seem to gyrate in space, as if pushing themselves upright against an unbearable weight and vibrating with the effort. Plywood planks anchor the wall works, where fields of glazed porcelain forms―faces (Oooh how nice to see faces! Art seems as lonely as I am lately) and demi-faces, hands, feces, viscera, plant markers (Lee was in the midst of planting a garden)―verge in fricative relations with one another. This is collage as pushing apart rather than glueing together, as if each piece is suspended in the moment just before its explosion, implosion, or collapse. The effect is both jarring and thrilling.

I know these new works only virtually, jpegs on a brokedown laptop—an unfortunate and odd way to experience such visceral work. No reproduction can transmit its intensity. I envy those of you who will attend the show in person. And I hope you are not like me, only two months out in the open and already asleep, already caught up in the drama, madness and sheer idiocy of the very grind I’d disavowed in the isolated reflection of lockdown. I’m grateful for the wake up call. The only way through is through, alert to both the pain and the beauty and the possibility that they permit. 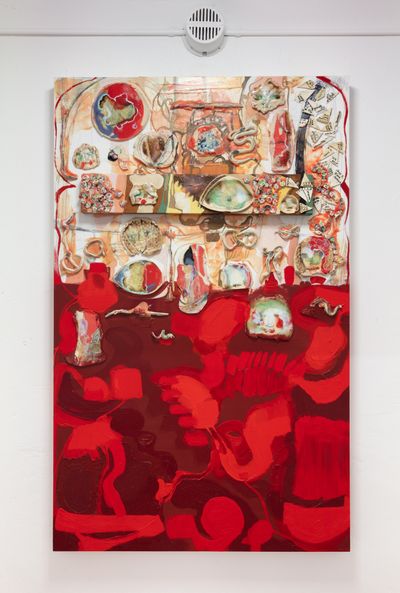 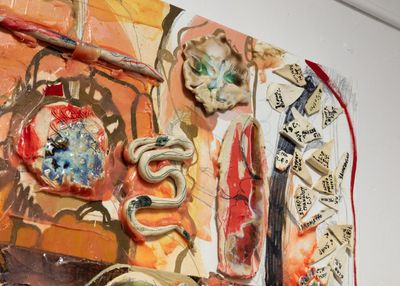 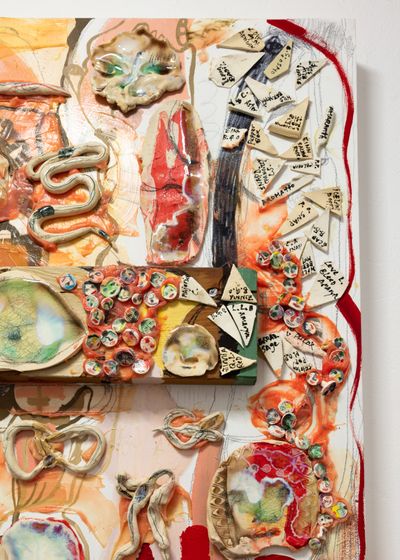 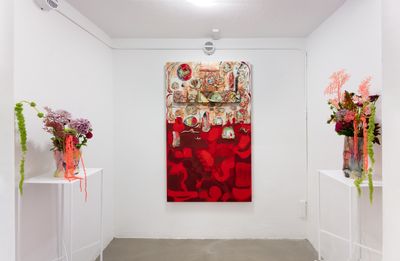 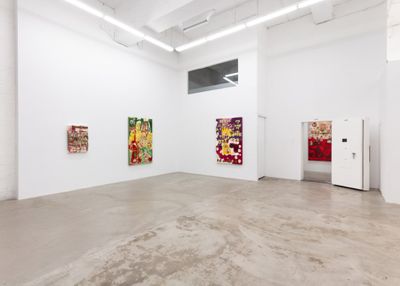 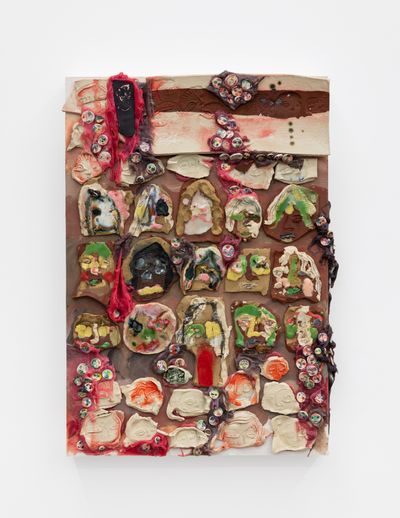 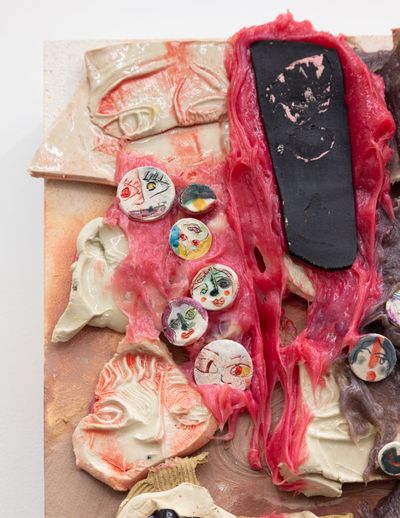 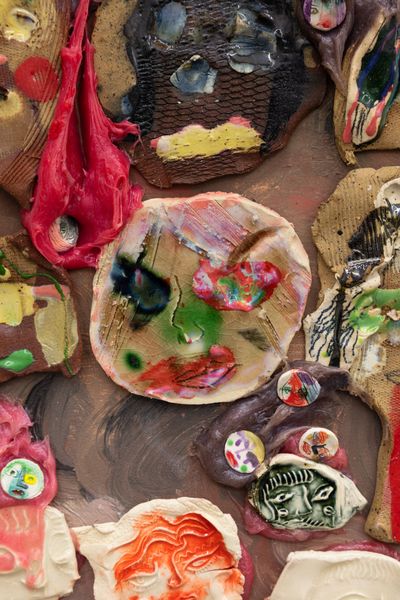 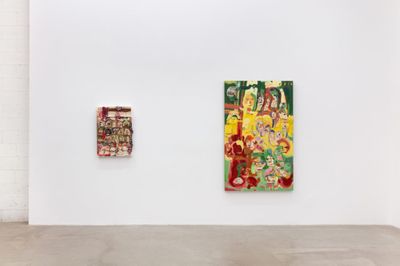 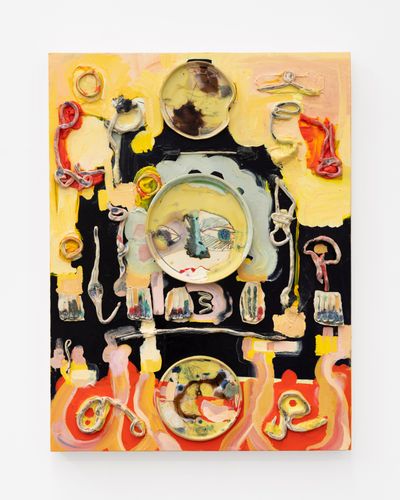 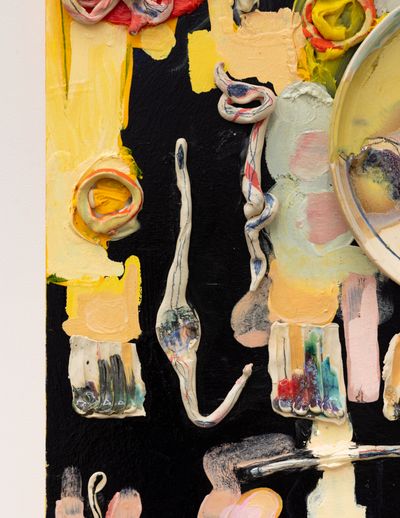 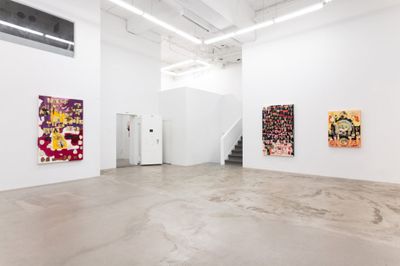 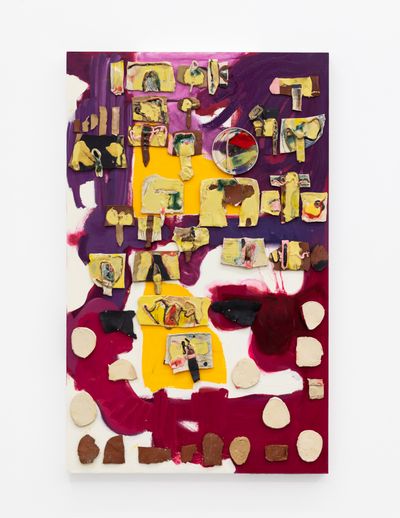 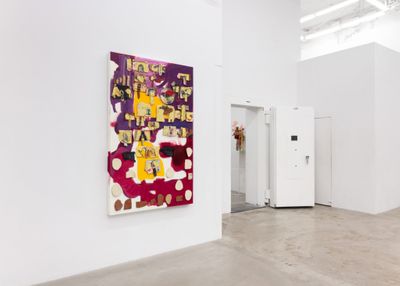 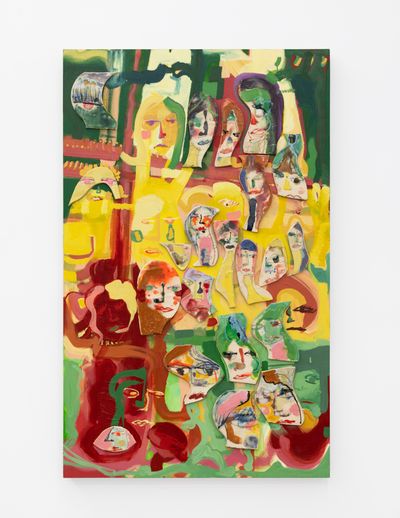 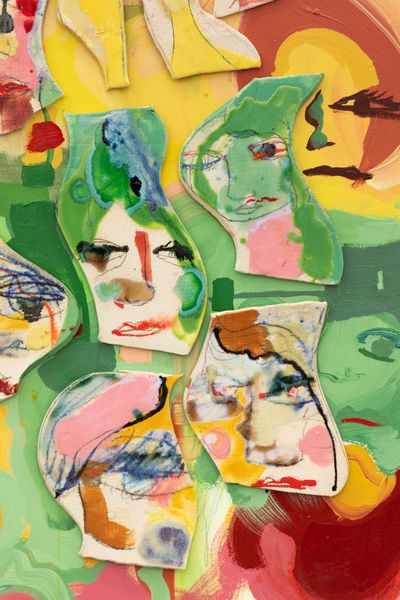 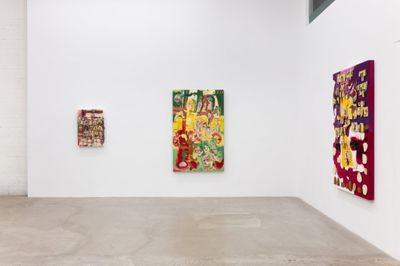 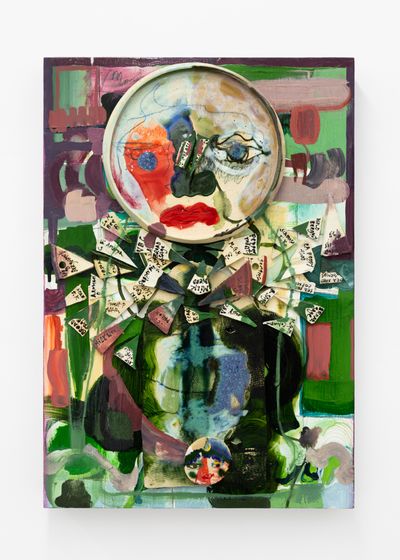 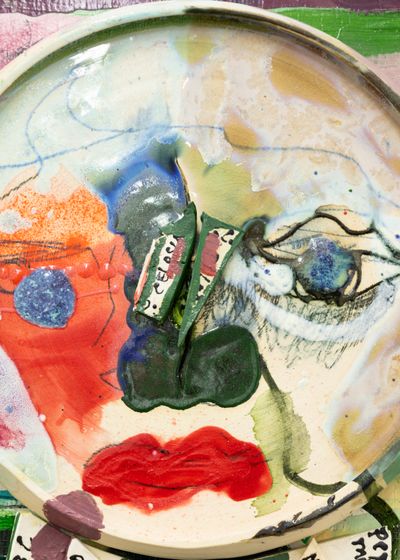 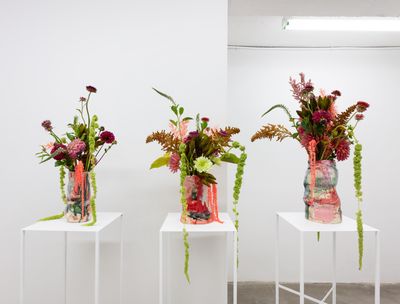 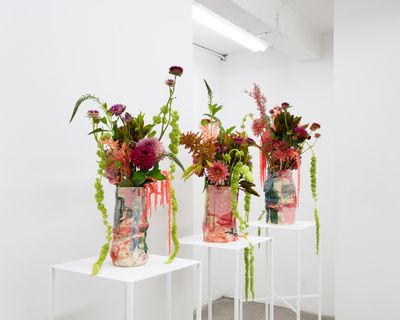 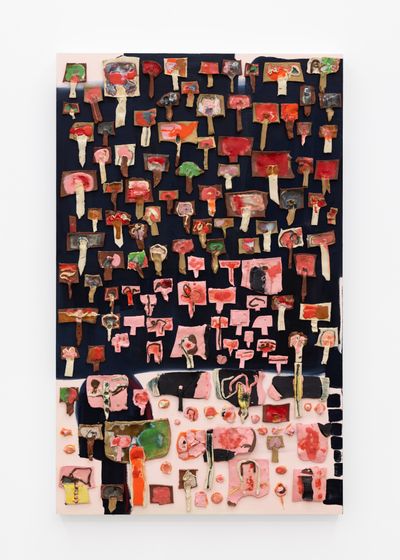 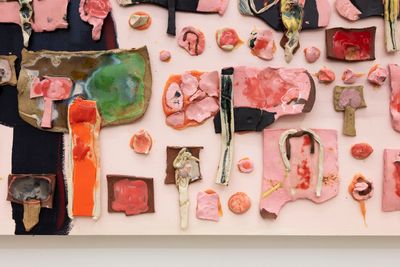 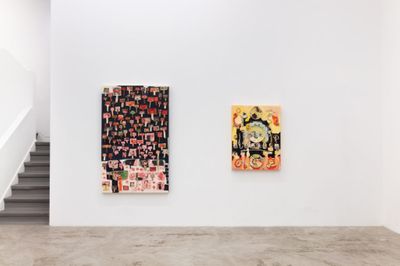 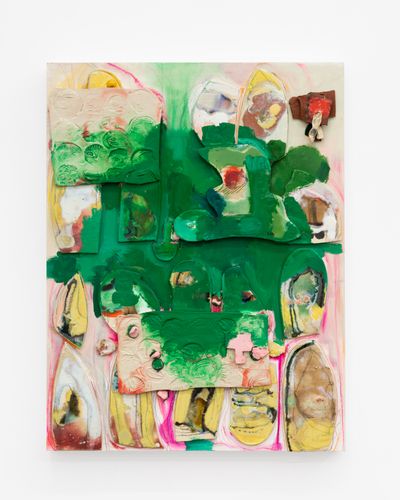 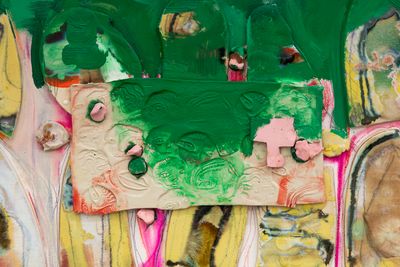 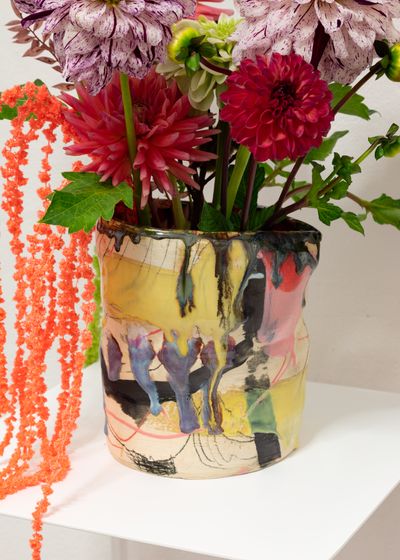 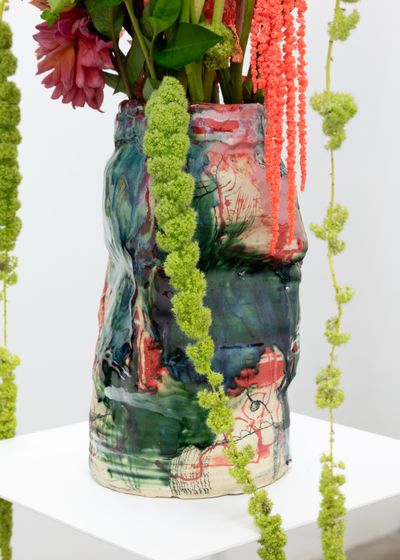 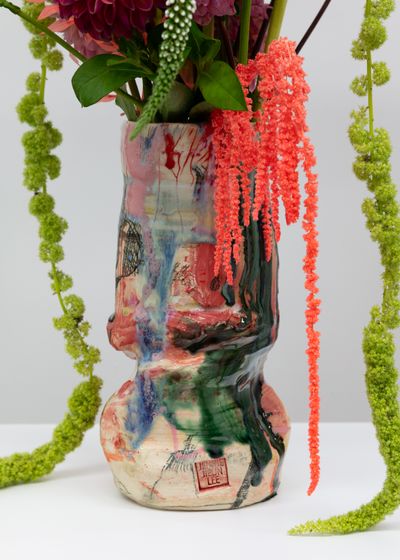 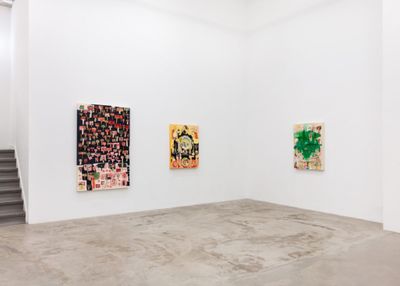